State Deal on Evictions Out of Touch with Voter Needs; Poll Shows Majority of Californians Support Moratorium Through End of Pandemic

SACRAMENTO -- On the heels of Sacramento extending the statewide eviction moratorium through June, a new poll from Build Affordable Faster California (BAFCA) shows that only a small minority of California voters support such a stopgap solution to the impending surge in housing displacement.

The vast majority of voters -- 71% -- support the extension of the eviction moratorium, 69% of whom agree that the moratorium should remain firmly until the end of the year -- or until the pandemic ends. Only 8% support a short-term extension.

“California voters agree: AB91 is not enough,” said Jane Kim. “A five-month extension of the eviction moratorium is an important first step, but vulnerable tenants will spend this spring worrying about the next arbitrary expiration date. Our state government needs to do its job and maintain housing stability for low-income Californians until our state is on a clear path to recovery.” 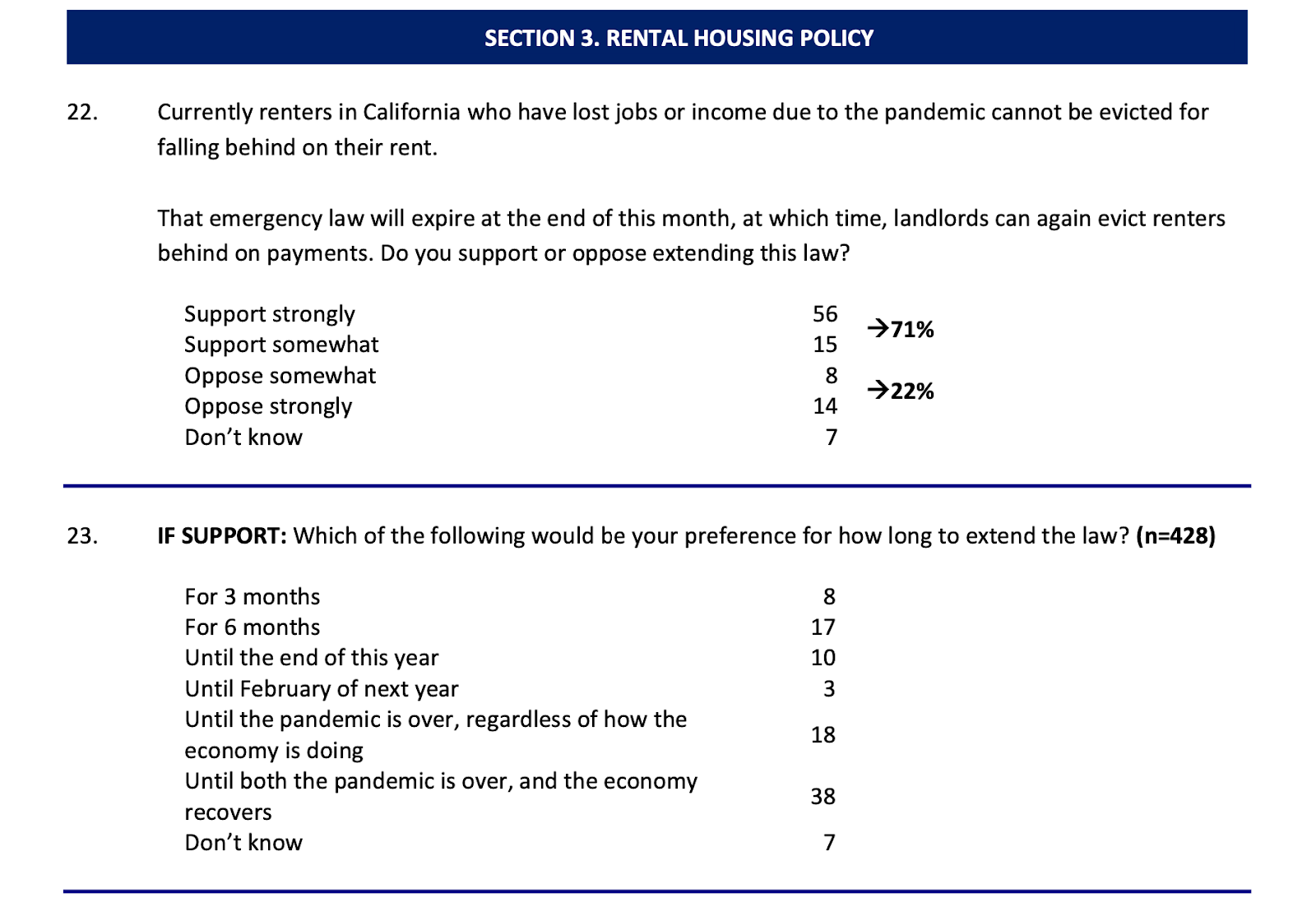 According to a study by UC Berkeley, 20.7% of California households have little to no confidence that they can pay their rent or mortgage payment next month. This housing insecurity has a disproportionate impact on Black, Latino, and Asian Californians.

California’s state court system is projecting a doubling of eviction cases over a typical year, to 240,000. Yesterday’s efforts by the state pushes back, but does not eliminate, the flood of cases that could leave tens of thousands of Californians on the streets.

The newly passed legislation would require the state to pay off 80% of tenants’ unpaid rent that has piled up during the coronavirus pandemic — but only if landlords agree to forgive the other 20%.

If landlords refuse to forgive the debt owed by their tenants, the state will only pay 25% of the unpaid rent. There is no recourse for tenants whose landlords don’t take the deal.

“We look forward to the continued leadership of members like Rep. David Chiu, who put forward comprehensive legislation in the form of AB15 and AB16 that was inclusive of tenant voices,” continued Kim. “We will continue fighting until the state has struck a deal that produces a thoughtful, efficient relief program that works for all Californians.”