In the past three years, more than 18 percent of Californians lived in poverty, more than 151,000 people were living on our streets, and more than 1.5 million low-income households are paying at least half of their income toward housing.

California is home to the most billionaires in the US and has the highest poverty gap. In the first few months of the COVID-19 pandemic, California billionaires made an additional $175 billion, while millions of Californians were filing for unemployment.

The coronavirus crisis has exposed and exacerbated the gaping inequality that millions in our communities face every day. The people of the Golden State agree: we must act on a scale comparable to the threat.

Polling by Binder Research Associates for Build Affordable Faster CA (BAFCA) that shows that a millionaire’s tax scores a crushing 70-26 victory among California voters, including Republicans. 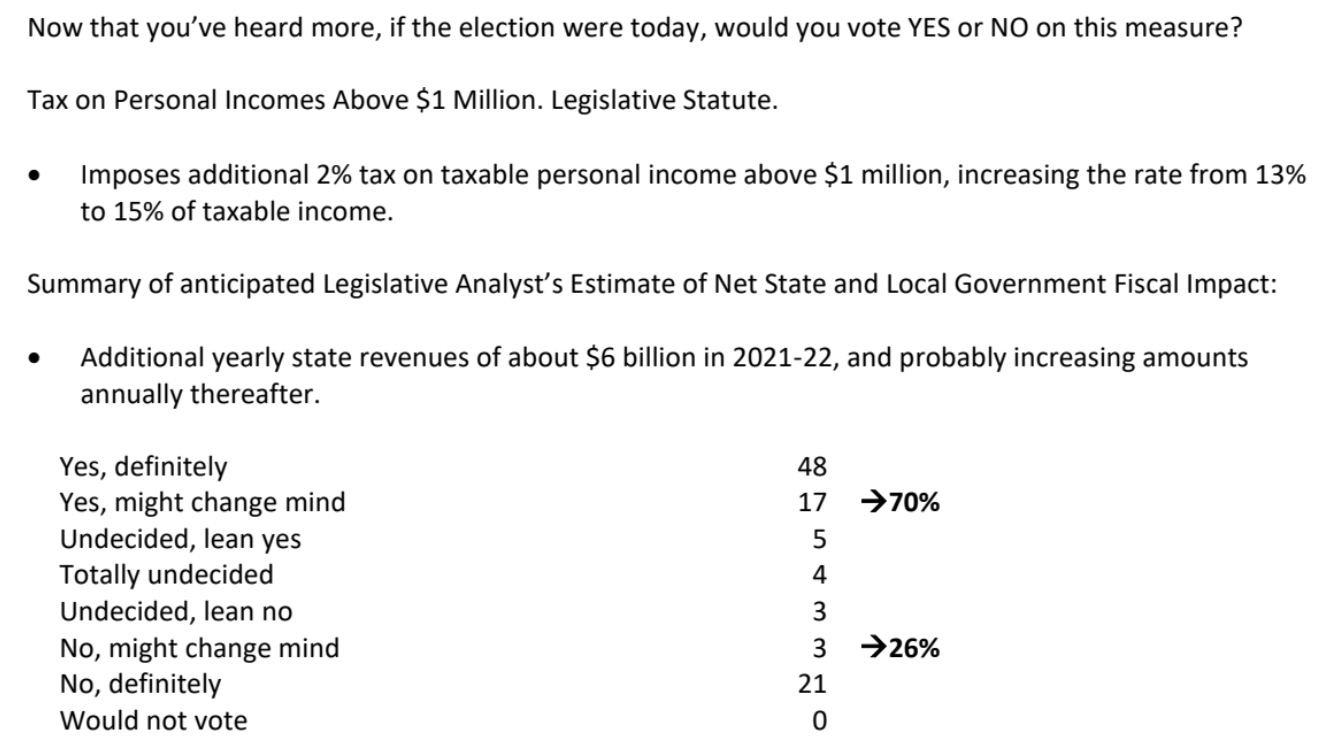 “Even before the coronavirus struck, nearly 130,000 people were experiencing homelessness and renters needed to earn $34.69 per hour to afford the average two-bedroom apartment,” said Jane Kim, BAFCA spokesperson and former San Francisco Supervisor. “During this same time period, millionaires and billionaires grew in their wealth in California.  Our widening income disparity is untenable and this modest tax on our wealthiest Californians can fund much needed investments in our small business community, tenant protections and our affordable housing crisis.”

As for the fearmongering argument from conservative pundits that businesses will flee the Golden State because of higher taxes? The majority of Californians are decidedly unworried: 57 percent of voters agreed that they were not concerned with the spectre of the ultra-wealthy leaving the state.

BAFCA is a project of Tenants and Owners Development Corporation (T0DC0O), a nonprofit community-based community development corporation in San Francisco’s dynamic South of Market Neighborhood (SOMA) since 1971. TODCO has built, owns, and operates 950 units of affordable senior and SRO housing for lower-income San Franciscans.  For 45 years it has been fully engaged in SOMA’s many civic/urban/social/economic planning issues and initiatives.